...or Nancy Drew. And I don’t mean that in the cool way where I would be chasing criminals and solving mysteries in the field. I am doing my detective work in my office cubicle mostly during the civil servants’ office hours because despite my childhood dreams I didn’t become a police officer. I do public procurements for a living.

Yeah, that may sound boring to you, but it isn’t. We were recently given a new EU directive on public procurement (2014/24/EU) which has been implemented to the national legislation in Finland. Every time a directive is renewed, the aim is to make it better and more efficient. Nice words that I like to hear as a tax payer.

With the new directive, we were introduced to ESPD. Now don’t get too excited, it’s not the N.Y.P.D. or anything like that. It is European Single Procurement Document. “What’s that now?”, you might ask. I asked that too when I first started to hear rumors about this four-letter thing.

The ESPD is a self-declaration of the businesses' financial status, abilities and suitability for a public procurement procedure. This electronic form was invented to make tendering in public procurement easier for businesses’. My initial thoughts were: “Fair enough, doesn’t really make any difference as we’ve been using a tender form for the same purpose.” Without any EU guidance or regulation. But I immediately changed my opinion on ESPD when I laid my eyes on it for the first time.

The ESPD is a long and complicated form. I have been working on public procurements for several years. I have mastered the procurement jargon in such manner so I can use it fluently myself. But the ESPD took things to a whole new level. I felt some sort of inadequacy because of the terminology, but also on my mother language Finnish. The English version is somehow understandable, but the Finnish one is lost in translation. I had to make instructions on the instructions of the ESPD for tenderers so they can understand what is required of them. I wonder if other non-English speaking countries have the same problem? Or do we get to thank our own divine language for this?

The ESPD was supposed to make tendering easier to tenderers because tenderers shouldn’t submit attachments such as trade registry certificates etc. with the tenders. This sounded nice. Even though it doesn’t remove the responsibility to submit them if the tenderer wins the contract.

Where it was assured that the ESPD would reduce the amount of attachments, it also included a brand-new requirement derived from the directive. As a part of the mandatory exclusion grounds set for the tenderers, they must ensure that the tendering business or any person who is a member of its administrative, management or supervisory body or has powers of representation, decision or control therein been the subject of a conviction on crimes such as corruption, fraud, terrorism and child labor etc. The contracting authority must also check the criminal records of such people from the tenderer which has been selected as a supplier. At this stage I wanted to cry a bit.

Are we becoming the procurement police?

I understand that this is an important feature. It would be nasty if the public sector would fund criminal operations through procurements. But what I don’t understand is why is checking these things the responsibility of the contracting authorities? How does making procurement units Sherlocks help the EU to reduce the black market? Do we not have any other means to prevent criminals from operating businesses’ in general?

I have completed many tender processes now where the ESPD and its requirements have been in use. The checking of the criminal records requires skills in Finland. The process consumes resources from both the private and public sector operators.  The businesses’ must first ask permission in writing to retrieve the records from all the people involved. The records cannot be copied or sent via regular email. The contracting authorities can only check the records, but they can’t restore them anywhere. The records should be either destroyed, or returned to the sender. Due to the complex nature of this process, the tenderers are starting to prefer a visit the contracting authority to show the original records physically instead of exploiting the benefits of digitalization.

I had just about mastered the ESPD and checking of the criminal records from the Finnish businesses’ when I was taken to another level on my detective work. I came across with a procurement where the suppliers were from Denmark, Italy and UK. International business and crime landed before me. Now I had to figure out what kind of documents I can get from these countries and how. It quite quickly it became clear that this was a relatively new and challenging task for the suppliers, too. Yes, to the same businesses who were supposed to be able to take part in public procurements easier than ever before in the history of the EU. I remembered I had heard about e-Certis, a portal where you could search and identify the different certificates requested for the procurement procedure across the EU.

The search didn’t help me at that time. Apart from Denmark, I couldn’t find any information. I couldn’t find information about Finland either. I couldn’t trust the e-Certis. This started to become a mission impossible and I wasn’t allowed to give up on this. During my research of who needs to deliver and what, I learned that there seems to be very different ways in how EU countries provide the information.

In Finland, businesses’ can ask for the criminal records from the Legal Register Centre, and it should take seven days at the most to receive them (this is after the permits have been collected, which normally takes more time). That’s not too bad. But it demolishes the directive’s goal to make the procurement process faster with the help of e-procurement. It is difficult to plan and schedule procurements as you cannot know how long the checkup of the criminal records is going to take. In addition, there is no way to ensure that you have received the records from all the right people. For all I know, they might submit the criminal records of the cleaning lady.

So far I have only seen criminal records that are clean. In case there would be crimes in the records I might have to start educating myself on which crime belongs to the offence categories that lead to the exclusion of the tenderer. The records can also include information that has nothing to do with procurements that I am not too thrilled to know about.

Denmark has solved this issue well. The Danes can issue a single statement without any personal details of the employees or managers. UK goes even further; they don’t issue certificates on anything. Businesses in the UK go by self-declaration. To me, this shatters the idea of equal treatment of tenderers.

EU should enhance business between the members of the single market area. The public expenditure on goods, works and services represent approximately 14% of the GDP in EU. It is safe to say the public procurement has a crucial part on accelerating the economic growth within the EU. For now, when contracting authorities are chasing all sorts of papers and information about suppliers, the signing of the actual contracts is delayed.  Business transactions are put on hold. I hope this is just due to the beginning and these processes become a bit smoother as time goes by. But I recently heard that some companies are not submitting tenders at all or their ESPDs because they find the requirement for the criminal records too harsh to supervise and manage. There might be even more problems in the future. I can’t blame the suppliers. We don’t all want to be Sherlocks. 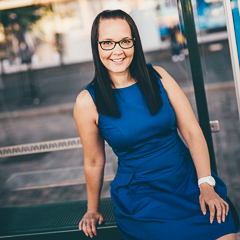